Today is my dog Bill's 10th birthday.  Billy the Kid is an Australian Cattle Dog that I got as a tiny, not even 6 week old puppy.  I got him from a ranch type breeder and not a good ranch breeder, I'm afraid.  When I got Bill 10 years ago, I still believed that if I had the dog from a young enough age and if I did everything right, I could mold him into just the dog I wanted him to be. 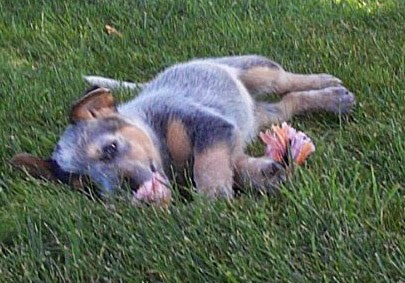 Billy's mother wasn't outgoing and his father was in a separate pen and super high energy and active over the top.  Still, I felt that if I did it all right, I could make him into my dream obedience, rally, agility dog and use him to work with reactive dog clients.

As a puppy Bill was super focused and a blast to train.  By just a few months old he had a slew of learned behaviors under his belt.  He loved to train and work with me.  He was social and outgoing and friendly with people and seemed to love everyone.  He came to my puppy classes, was well socialized and traveled out of state with us as a young puppy.  He started in foundation agility class very early and loved it.  I was also training him for obedience and rally.  He began off leash hiking with me early on and loved that too.  He was an impressive and reliable demo dog in my classes.  He was everything I wanted him to be and we were headed in the right direction. 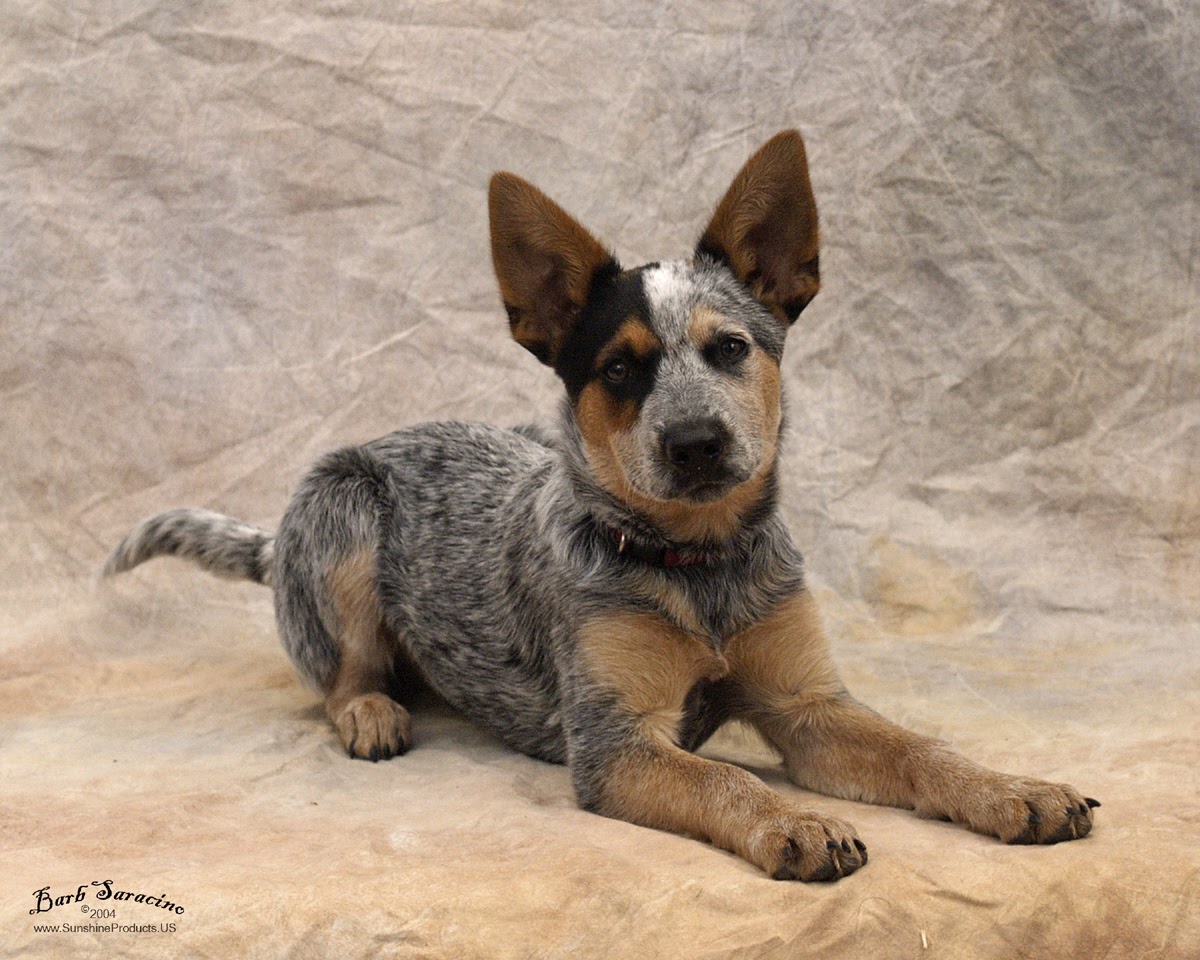 At about 10 months old, I began to notice changes.  My once happy-go-lucky puppy was walking around to avoid people on the trails.  This was only the beginning.  He became less comfortable with other dogs, reactive on leash with people and dogs, reactive with new things, environmental changes, novel anything.  My heart was broken, but I persisted in working with him.  Nothing scary or bad ever happened to Bill.  He wasn't abused, but is afraid of people.  He was never "hit by a man", but is fearful of new men.  This wasn't "caused", this comes from his genetics, it is just a part of who he is.

I dabbled in herding, but my focus with Bill was obedience, rally and agility.  He did great at these things, but not in a competitive environment, like a trial.  Still, I continued to work with him and entered him in fun matches, agility trials and rally trials.  One day we were at an agility trial and Billy had completed a couple of runs, but still had two or three to do.  I remember having him put away and me sitting there watching the other dogs go and feeling sick and anxious wondering if the judge's tie dyed hat would bother him and feeling panicked about whether the Boxer I saw would be in the ring just before or after him, and how he would be able to cope with being measured.  In that moment, at that trial with multiple runs to go, I calmly packed up my stuff, took my dog and went home.  I cried all the way home realizing that I would not be continuing to pursue these dreams with Bill.  It wasn't fair.  It wasn't fun for either of us.  This wasn't what I had in mind.  I told him I would never ask him to compete again and I haven't.  It is one the best and kindest decisions I have ever made in my life.  It was the right thing to do for this dog. 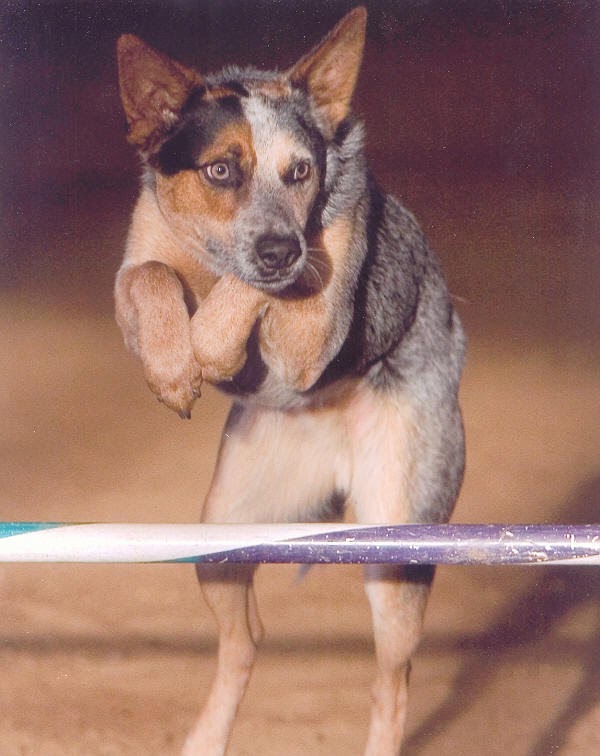 If you look closely you can see stress in his eyes.

Over the years I have continued to work on Billy's reactivity.  After deciding to discontinue showing him, I made the decision to discontinue neighborhood walks with him as well.  We landscaped our backyard to have a huge, ball area for Bill where my husband continues to play ball with him nightly.  We take him to parks or Point Isabel, the huge off leash dog park near our area.  He has a good, happy and fulfilled life, at least it seems that way to us. 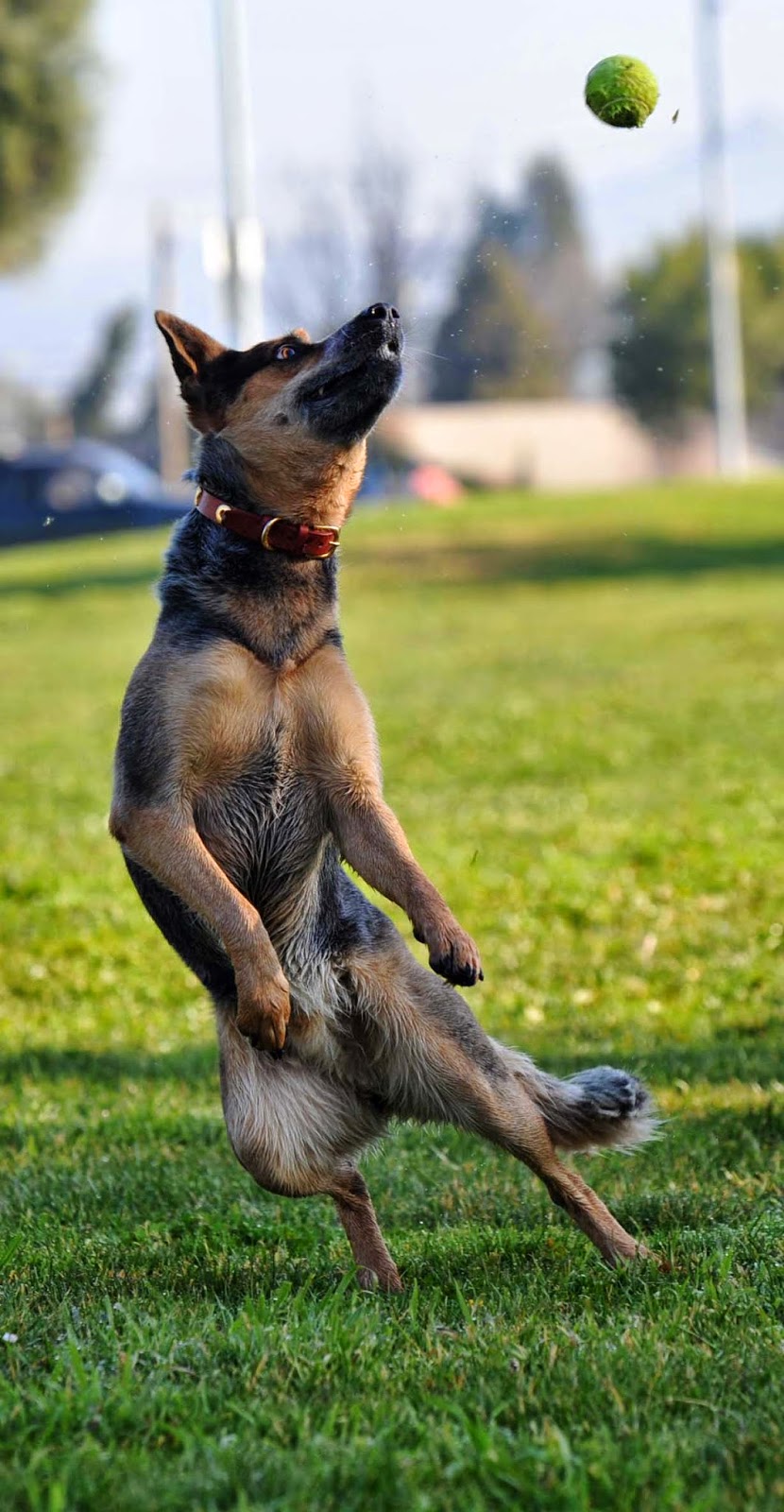 Almost immediately after I stopped pushing so hard and pressuring so much, Bill did begin to get better.  He accepts any and all dogs that we bring here from Dachshund puppies to senior foster dogs.  He is easy peasy to live with and is the most "well behaved" dog we live with.  He has learned to make friends that come into our home easily if they are women, not as easy with men, but he accepts them and can cope.

We work hard to listen to Bill, to continue to give him opportunities to do and learn new things and we always give him the choice to not engage or interact if that is what he requests and let me tell you that has gone a LONG way.  Instead of being my obedience, rally, agility dog he became the best teacher I could have hoped for, teaching me about fearful and reactive dogs, learning about how to help them feel better and about how important choice and listening to the dog is.  I encourage everyone to listen to your dogs.  If you really want to show or do rally or do agility, but your dog is telling you that they don't like it, or don't want to, or CAN'T do it, listen to them. It will do wonders for your relationship and your dog's well being. Today we celebrate 10 years with this magnificent beast.  Happy birthday Billy the Kid! 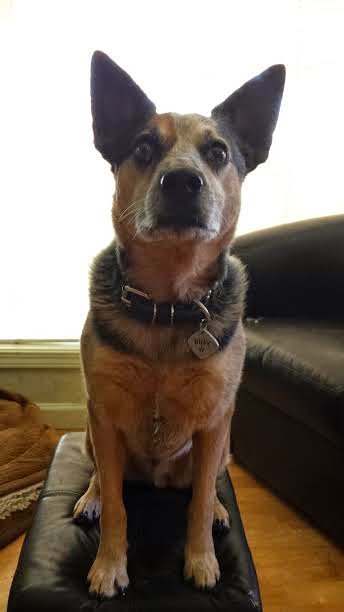